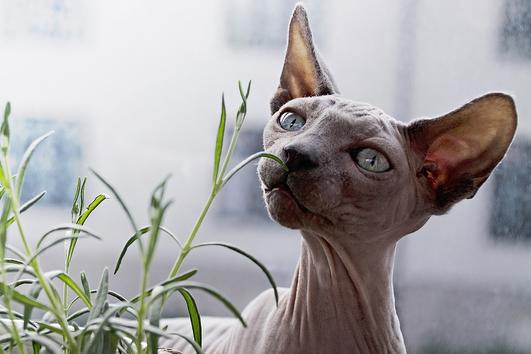 Over their evolution, plants have developed numerous toxic agents to protect themselves from being eaten; many of these substances are extremely poisonous. Even plants that are considered nontoxic-that is, ingestion should not cause serious systemic signs-may result in vomiting and other gastrointestinal disorders. Plants help cozy up a living space, but pet owners should be extra careful when choosing greenery. The plants discussed in this article are considered to be among the most toxic for dogs and cats; serious illness and death can result from consumption of relatively small amounts. These plants are commonly found in the home or yard.

Toxicosis occurs only in cats.

All parts of the plant are toxic (even the pollen).

Renal epithelial tubular casts and glucosuria can be seen within 18 hours.

Prognosis: guarded with delayed onset of treatment (24 hours or greater) and in presence of oliguria/anuria.

Renal function can return but may take weeks; chronic renal failure may be sequela.

Aspiration pneumonia is a possible sequela.

Neurologic signs may include depression, ataxia, weakness, and seizures.

Prognosis: good if seizures or aspiration has not occurred. 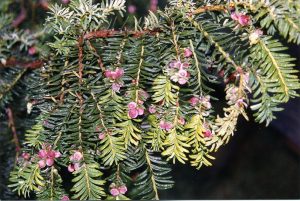 Often used as hedges; can grow up to 75 feet high depending on species, but often are trimmed.

Principal Toxin: various taxane derivatives or taxines, which are negative inotropes and chronotropes

All parts of the plant are toxic; deaths following chewing on branches have been reported in dogs.

Clinical Signs: death may be so rapid that there are no signs.

Vomiting and neurologic signs are most common in dogs, although bradycardia can also be seen. 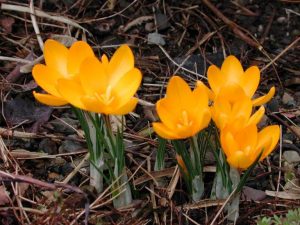 Occur throughout the United States; leaves, which grow from the base, can reach about a foot long; flowers appear after the leaves have died in the autumn.

All parts of the plant are toxic but highest concentration of the toxin is found in the flower, the corm, and the seeds.

Clinical Signs: signs may take 12 to 24 hours to develop and initially occur as hypersalivation, depression, vomiting, milky or bloody diarrhea, and abdominal pain.

Progress to weakness, paresis, and collapse. 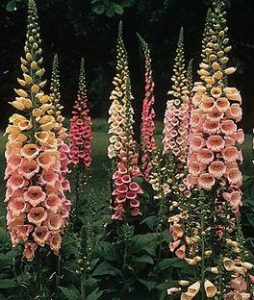 Stems can range from 1 to 6 feet tall with 1- to 2-inch conical flowers.

All parts of the plant are toxic, but highest concentrations are found in the flowers, fruit, and immature leaves.

Cardiac arrhythmias of any type can occur. 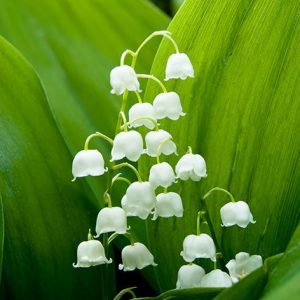 Lily of the Valley

Toxin is concentrated in the roots, but all parts of the plant are toxic.

Cardiac signs include bradycardia and other arrhythmias.

Death may be sudden without any prior signs.

Not native to North America; found in the South and California.

Frequently planted as roadside hedge or backyard ornamental; can grow from 7 to 20 feet tall.

Toxicity often due to ingestion of dead/dry leaves; green leaves are bitter and less likely to be eaten; when the leaf dies, the sugar moiety is released from the cardiac glycoside, which improves palatability.

Signs may progress to cardiac arrhythmias of any type (similar to digitalis toxicity).

Brunfelsia australis. Photograph shows B. grandiflora; flowers are identical to those of B. australis but appear in clusters whereas in B. australis they are spread out over plant.

Ornamental found mainly in the South; grows as a shrub or small tree.

All parts of the plant are toxic.

Clinical Signs: coughing, gagging, and nystagmus can be seen within minutes to hours; tremors and seizures, usually characterized by extensor rigidity (may resemble those of strychnine toxicity)

Prognosis: guarded; signs can last for days and complete recovery may take weeks. 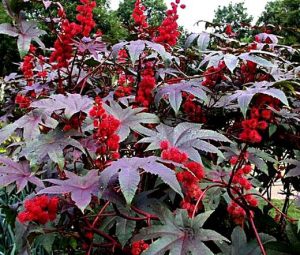 Occurs in the South, Southwest, and California; may be wild or cultivated for castor oil; plants can stand 3 to 14 feet tall and have large leaves (12 inches or greater).

The beans are used as decorative beads.

Is present in all parts of the plant but most concentrated in the beans.

Highly toxic; a single bean can kill a dog.

The outer coating of the bean must be ruptured (chewed) to release the ricin.

Clinical Signs: may take up to 24 hours to appear; initial signs include vomiting and often bloody diarrhea, abdominal pain, weakness, and ataxia.

Hemoconcentration, leukocytosis, and elevated liver enzymes can be seen on clinical laboratory testing.

Many species, but principally sago palm (Cycas revoluta) and fern palm/false sago palm (C. circinalis); size varies with species and can range from 6 to 30 feet tall with long leaves (up to 9 feet).

Used as ornamental plants in Florida and occasionally in California; can be houseplants in northern climates.

Cycasin is present in the whole plant, but concentration is highest in the seeds; ingestion of as few as 1 to 2 seeds can cause severe clinical signs and death.

Clinical Signs: initially, vomiting, possibly beginning within a few minutes of ingestion of the seeds; vomiting may last for hours.

Hypersalivation and polydipsia can be seen.

Over the next few days, anorexia, diarrhea or constipation, hepatomegaly, and icterus are seen.

Neurotoxic effects can be seen but these may be secondary to hepatic failure.